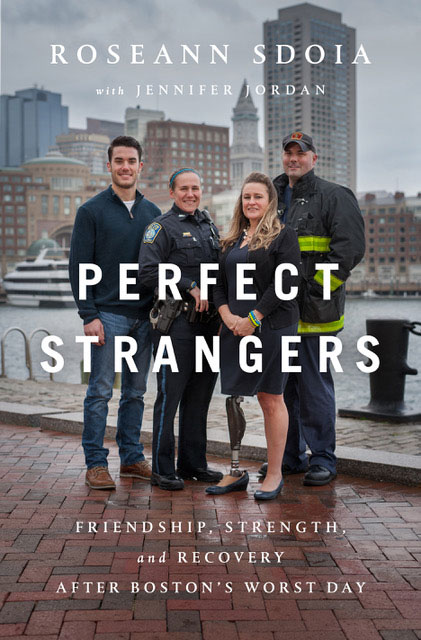 “This is a story about my favorite day in my favorite city in the world, and how in an instant, that day went from being pure celebration to desperate survival. And for those of us that made it off the sidewalk that horrific day, and those who made sure we did, this book is about taking back our favorite day, while never forgetting those who were lost.”

—from the introduction of Perfect Strangers

As Roseann Sdoia waited to watch her friend cross the finish line of the Boston Marathon in 2013, she had no idea her life was about to change—that in a matter of minutes she would look up from the sidewalk, burned and deaf, staring at a detached foot, screaming for help amid the smoke and blood. 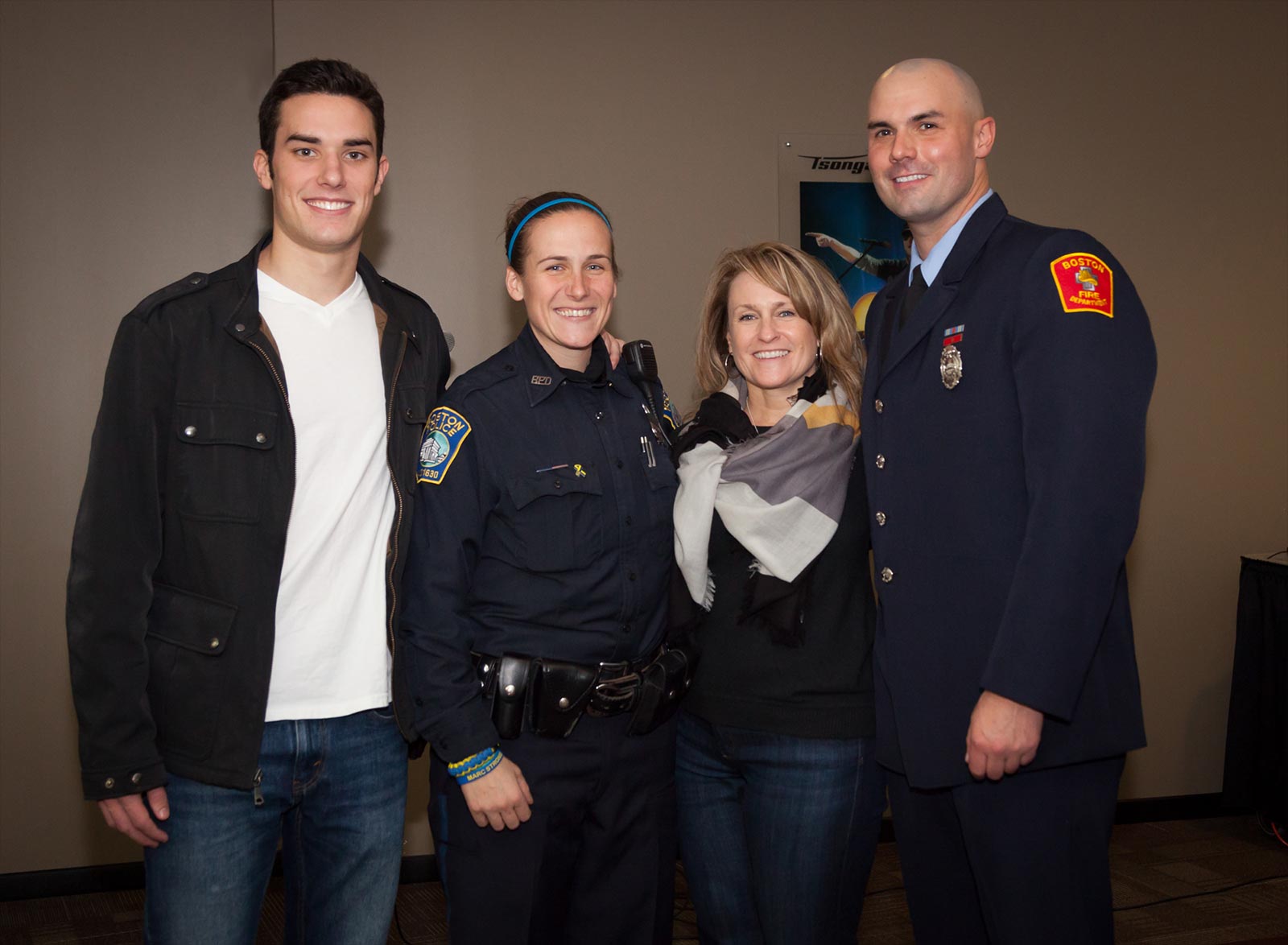 In the chaos of the minutes that followed, three people would enter Roseann’s life and change it forever. The first was Shores Salter, a college student who, when the bomb went off, instinctively ran into the smoke while his friends ran away. He found Roseann lying on the sidewalk and, using a belt as a tourniquet, literally saved her life that day. Then, Boston police officer Shana Cottone arrived on the scene and began screaming desperately at passing ambulances, all full, before finally commandeering an empty paddy wagon. Just then a giant appeared, in the form of Boston firefighter Mike Materia, who carefully lifted her into the fetid paddy wagon. He climbed in and held her burned hand all the way to the hospital. Since that day, he hasn’t left her side, and today they are planning their life together.

Perfect Strangers is about recovery, about choosing joy and human connection over anger and resentment, and most of all, it’s about an unlikely but enduring friendship that grew out of the tragedy of Boston’s worst day.

You can order the book from the following locations:

Ready To Take The Next Step & Hire Roseann? Schedule Your Event

Inspired by Roseann? If so, please take a second to share her story with your friends and followers.

If you would like to receive emails from Roseann, please submit your email below.