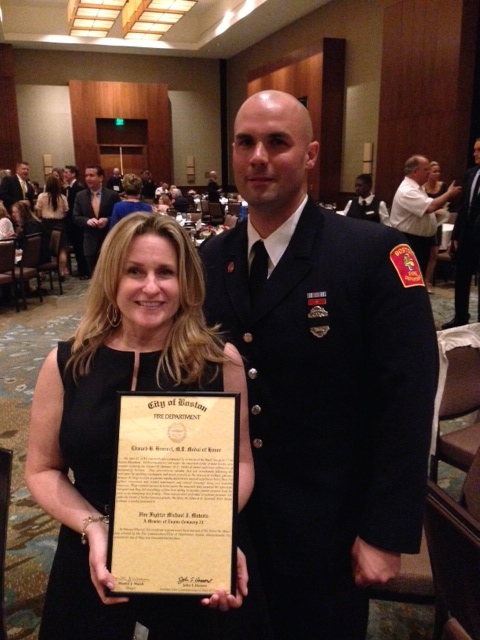 Tonight we attended the 135th Annual Ball and Awards Ceremony of the Boston Fire Department.  Several category of awards were given out for different acts of heroism while on duty throughout the past year.  10 recipients received the M.D. Medal of Honor for their participation in the Boston Marathon bombings. Although most say they were just doing their job that day, they did more than what would or should ever be asked of them.  They selflessly ran to a scene of the unknown. Most having a military background, they were not sure what they were in for and what the unexpected might bring as they attended to the injured.  It was a horrific sight even for those trained in such situations.  I truly believe that if not for their fast actions and the help of ordinary citizens the tragedies of that fateful day would have been more significant.  In looking back to that day I have learned the virtue of staying as calm as possible in an emergency.  Panic will do no good and one needs to keep as clear a mind as possible to propel themselves forward.  It’s important to stay focused as did those that came to our aid that day. One individual who did just that is Mike Materia.  Congratulations to him on this award and thank you for being there for me not just that day but every day since!